Well, let’s start with a preliminary update.  Chest pain had been worsening for a few weeks… mostly on the front right side of the chest, wrapping around to the side.  I wasn’t due a primary care routine visit with the VA until September and that visit would require that I travel some distance for the appointment.  I didn’t feel much like making that trip so I transferred to a different facility closer to me.  I won’t go into the red tape, lies, sarcasm and condescension by the VA staff where I was transferring from at this time, but I feel that I really should discuss it at some later date.  There is no exaggeration in that last sentence.  It’s ridiculous how they treat veterans that simply want to be treated properly and fairly.

The new doctor seemed quite thorough and ordered blood work and chest x-rays.  The result of the x-rays read this way:

Collapse of the lung or a part of the lung, usually caused by bronchial obstruction

The absence of gas from all or a part of the lungs, due to failure of expansion or resorption of gas from the alveoli.

Which basically means that more of the lung has collapsed or is obstructed by…. well… something.  What that something is will have to be determined by further testing.

So, the doc recommended a CT.  There again I would need to travel to have this done by the VA.  I am not able to travel at this time, so I will have to find other means to have this done.  Although the VA claims on their TV commercials… patting themselves on the back for a job well done… that veterans now have a choice to have medical treatment by outside the VA sources…  I will tell you now in big bold letters that I know positively… from experience… that what they say is just plain BULL SHIT!  They even sent me a “Choice” card to carry with me.  I have attempted to utilize that “Choice” on several occasions, only to be told that I don’t qualify or some other excuse of why I really have “no choice”… but with no explanation as to why.  Welcome to the VA medical mis-treatment centers.

I called my cancer doc and she was most helpful and willing to set up a follow up procedure.  She has been wonderful through all of this.  The problem is that she wants to do a PET scan instead of a CT, because she said that the results of the x-ray can be an indication of other factors.  (other factors?)  The PET copay is about double that of a CT.  Ouch… Welcome to the American Health Care System… If you were to call them on the phone… this is probably the recorded message you would receive… Your call is important to us… we will be with you in approximately 22 hours and 14 minutes… Please hold while we gouge you severely because your government allows us to do so… that’s why we give your politicians millions of dollars every year so that we can make even more millions in profit by screwing our patients.

The earliest they could get an appointment for the scan is two weeks away.  Until then… I wait and wonder… hurt… cough myself nearly to death… and breathe with great difficulty.  That’s okay though… I’m still here to write in this journal… as long as I don’t talk very long or laugh.  There are multiple possibilities of results.  Even the best of those possibilities is not particularly good, but there are some much better than the others… so you know which one I’ll be expecting… the best one.

The lab results were mostly okay.  Extremely low magnesium and vitamin D… although I’m already taking 50,000 units of vitamin D a week… now I’m supposed to take 100,000 a week.  I’m not sure I like that idea a whole lot, but I will try it for a while.  Also now taking magnesium.

It will probably seem like a long two weeks for me… waiting for the scan and then another week waiting on the results.  Hmmm… what circumstances could possibly change in three weeks time?

Is he adorable or what? 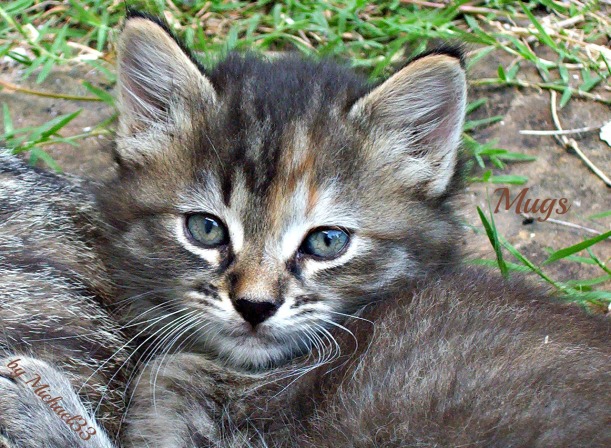 Wishing you all a most beautiful day…